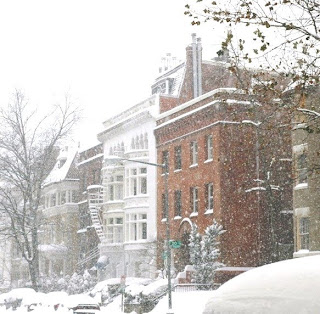 The snow started to fall last night and continue all day today. I ventured out once, because people keep telling me how beautiful the show is. When I went out I discovered that during the blizzard it doesn’t matter in what direction you walk, the snow is blowing in your face. Kids and dogs obviously were having fun, but my tolerance for wet and cold (the essence of snow) is limited. 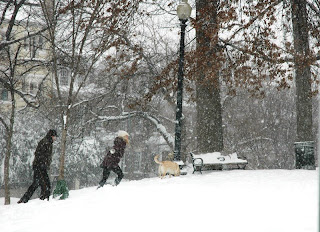 I came back home made myself a huge lunch with eggs and potatoes and started to look at my Barcelona pictures. The autumn sun of Spain looks even more attractive when it is cold and dark outside. 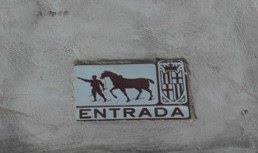 We arrived in Barcelona on the morning of November 3rd and walked from the train station to our hotel.
The hotel was recently featured in New York Times Travel section as one the best bargain hotel in Europe. It indeed was a fine hotel decorated in modern Asian fusion style with great shower and 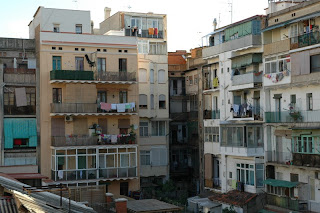 picturesque view from the window on the working class neighborhood. 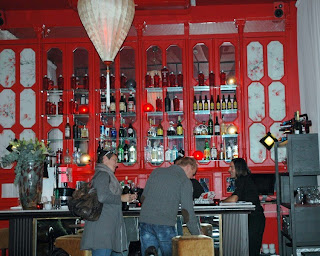 The hotel had a nice restaurant were they serve an excellent breakfast and very cheerful colonial looking Red Bar. 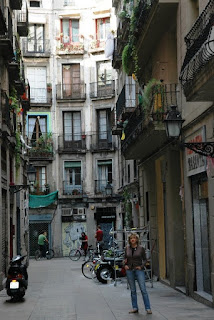 Barcelona has the strangest setting I ever seen in any other old city. The large part of the historical center with narrow streets and medieval buildings is a poor immigrant neighborhood filled with Doner kebab places and halal meat markets. Patrick absolutely refused to go to any Doner kebab joint. He explained that this is a very bad name for any eating establishment and particularly ones which specializes in kebabs. The name reminded him of the Donner Party (misfortunate group of pioneers who were snowbound in Sierra Nevada and resorted to cannibalism).

After we checked-in in our hotel we had lunch in one of the few local cheap restaurants which did not served Doner kebab. For about 15 euro we had 4 course meal and a bottle of white wine. As you can guess the food was not a gourmet kind but it was freshly prepared, authentic and filling. The place was filled with construction workers and a few elderly regulars. One of the selections for the first course was a glass of fresh tomato juice which locals mix with salt, pepper and olive oil. Not bad at all! 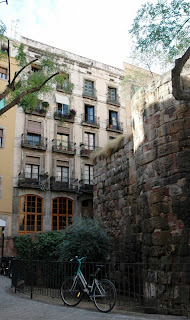 The real estate in this part of the city is affordable enough to have a lot of cheap housing options including youth hostels. These accommodations and incredibly cheap wine attracts students from around the world and make Barcelona the center of youth tourism. 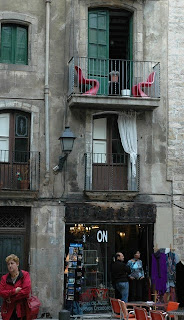 Some parts of the historical center are re-gentrified and filled with expensive touristy restaurants and hotels (around the famous Rambla). Only a small part of medieval Barcelona has the habitual charm which associated with oldest parts of Paris (Marais) or Rome. 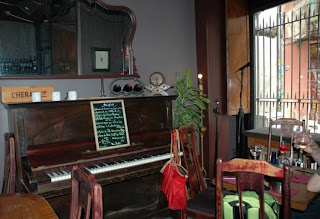 There are a few streets with independent boutiques, galleries, tapas bars mostly filled with locals.

Will continue...
Posted by Stellochka at 6:28 PM No comments:

Few more words about Torino before we go to Barcelona 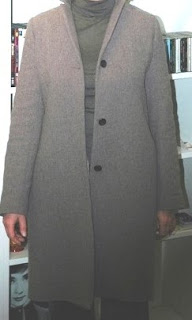 Shopping was somewhat disappointing. And it is not just because the dollar has such unfavorable exchange rate to the euro. There were very few independent boutiques which I used to see in Italy. I don’t care much about brand names, but it looks like as if traditional craft of dress and shoe making is dying and being replace with mass production and Chinese import. There were a few exceptions. Patrick bought for me a very elegant light coat which is though expensive but looks and feels classy enough to justify the price.
There were still a few shop windows where the old world sophistication and charm was looking at your through glass with remembrance of the things past… 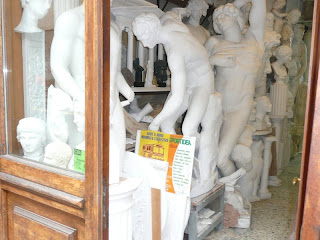 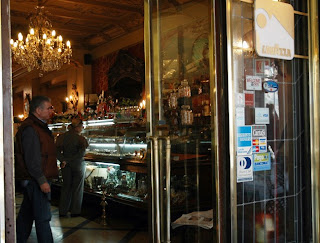 I want to come back to Torino once more a bit earlier in the fall, when you still can enjoy sitting in café outside and enjoy the morning cappuccino like we could in the first morning in Torino before it got too cold for that: 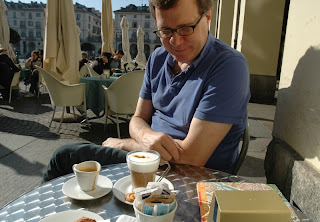 And to see the Alps from Parco villa Genero, to take better pictures in Egyptian museum which has the most incredible collection of ancient Egyptian art outside of Cairo. 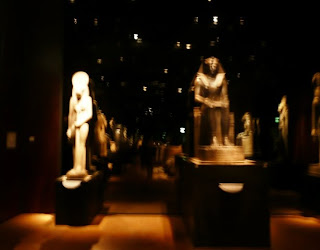 And of course to eat the glorious pasta 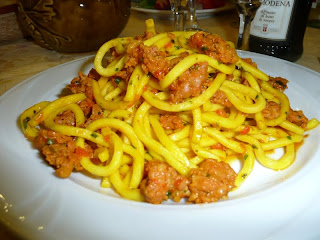 and fish in Peperino restaurant (baked in olive oil with cooked potatoes, tomatoes and olives. Bonissimo!)
On our last night in Torino we went back to piazza Carlo Alberto to the pizza palace in La Smarrita. I had the classic Margarita and it was out of this world! 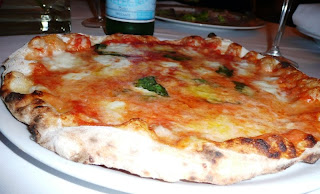 And than dessert which had all the qualities of sin: it was so beautiful and delicious that it was worth eating even if you will be condemned to hell for eternity 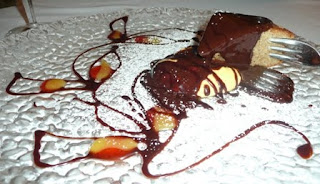 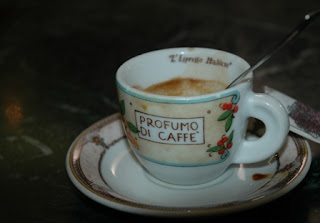 Posted by Stellochka at 9:40 PM No comments: