The art of painting mental pictures 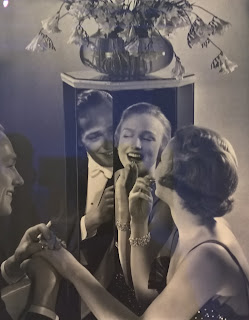 How to make a mental picture of a real world?  Do we even know for sure what reality is?  All I know is that it is complex and multifaceted even for things which we consider small and simple.  So how to deal with the whole world? I want to present a few thoughts, using Russia as an example and painting as a metaphor.  Russia is the primary focus because it is country I came from, I know the language, and I’m well familiar with its history and culture. It is also a big chunk of the world which continues to surprise me at every turn.

Many contradictory things are true and real in Russia at the same time.  So how do you create an image of such complex entity?  As with any major painting, you should start with a sketch.  You begin a sketch with general outline and as you learn more about the subject it becomes more precise and multi-dimensional.  The resulting picture may not look at all like initial sketch.  The more dimensions, colors and rich context you add, the better artist you are and -- assuming that there is a reality -- the better it will match.  It is important to add a timeline to the mental picture to understand trends and history and a geography to understand context.  In some exceptional cases the image could have more truth than the slice of reality you are trying to depict.  This is true for all great paintings.

The logical place to start is to read about the subject.  But the problem starts immediately; if the material you read provides limited colors and a one dimensional picture you are starting your sketch not from a Rembrandt masterpiece but from some immature dork. It is an initial and very important task to recognize the quality of source material.  More often than not, it is very difficult to find a good source.

I have learned to be very skeptical of what I read.  It started back in the USSR when the Soviet news media kept reporting on record harvest and milk production, but the empty shelves in the grocery stores told a different story.  You can immediately toss your sketch out if you started with material similar to the Soviet media.  That is a simple case, because it is easy to compare something which you experience in reality with the obvious lies pushed on you in TV and newspapers.

Unfortunately, it is not always so obvious, especially when you are reading about places which are far away and an immediate reality check is not an option.   It is very important to emphasize how difficult it is to filter source material.  For example, what you are reading may not be a direct lie, but something which presents selected facts and expresses an opinion which is the same or similar to yours.  In this situation, selected facts can suddenly look to you like a complete picture, because our minds tend to trick us and we easily believe something we are very ready to hear.

How to avoid this trap? This is a lesson which I very recently learned.  First of all, always check the facts.  Not simply check them, but check them in context.  For example, if a fact is presented as some index or indicator, you can check other related indicators and the trend in the index.  All of this seems obvious in theory, but it is very difficult to practice consistently.

For example: I recently read a somewhat contemptuous and indulgent opinion article about Russia in a Russian blog post.  The opinion stated that while Russians and Russia really didn't achieve much after the fall of the USSR, they never the less were extremely proud of Russia and thought very highly of themselves.  The support for the low achievement was factual and based on the Global Innovation Index (GII).  The Russian Federation was, in 2016, in 43rd place in the world which is quite pathetic for a large country with very strong tradition in education.  There was no support for the proud sentiment in the blog, it just reflected the feeling of the author.

So you can draw the following sketch from this opinion article:
⦁ Russian state doesn't have an environment where innovation could blossom and provide results
⦁ Russian people are stupid and don't really understand how low their place in the modern world

I just visited Russia a couple of months ago and the sketch which this article presented didn't look right to me.  So I went online and I found out that GII is a new indicator which started in 2013.  According to GII, Russia was in 63rd place in 2013 and now on 43rd in 2016.  So now it looks a little different: that while there is room for improvement, the trend is moving in the right direction. There is also an important modern history context to these poor results. Russia experienced a huge brain drain from 1986 to around 2005 when the most talented people were leaving Russia for better opportunities abroad. In fact, the IT boom in Israel and partially in the US was fueled by scientists and engineers educated in the former Soviet Union.  But talented people have more or less stopped leaving Russia and now able to find opportunities at home.   Therefore GII is improving.  When you take into account these contexts, the causes listed above don't seem so relevant anymore.

It is important to notice that the main reason I decided to analyze this blog is because I had recently travelled to Russia.  If this trip hadn't happen, the opinion of the author of the blog would have fit well in the current US media coverage of Russia.  My mental picture of Russia, based on reading the US press, would have been reinforced by this Russian blog.  But the reality I saw in Russia was totally different.  This demonstrates the critical importance of travelling and seeing places for yourself before completing your mental pictures.

For example: Let say you want to paint a teapot. You have never seen a teapot before and looking for a model. This is what you found: 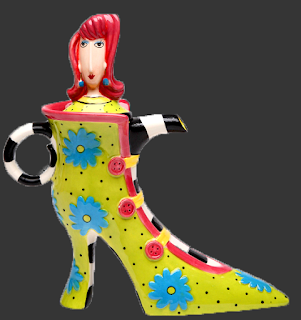 It is a photograph, it was found in a trustful publication and everyone would pretty much agree that this is a teapot. You paint your art piece and think you completed your work.  Then, for whatever reason, you go to a teapot country and see that most teapots really looking something like this: 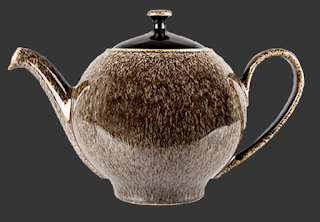 That doesn't mean that your first teapot is not a teapot, but for sure it is not a typical teapot.  It is also possible that at a certain period of time the typical teapot looked like your first teapot.  But when you visit a teapot country this is no longer the case.  Now have in mind that while pictures of teapots have no political context and are absolutely benign, imagine how much the situation could be impacted if there were strong political/ideological/financial incentives to present teapots in certain way and how far they can differ from the real ones.

That is exactly what happened with my mental picture of Russia when I went there this summer. While US and western press was presenting Russia as a poor country where people are living under cruel dictatorship usually referred as Putin's regime, who drove Russia to the verge of economic collapse, I encountered a well to do place with happy, good looking people, an amazing art scene, a delicious local cuisine and press with variety of opinions.  Moreover, knowing history of this country and having visited it eight years earlier, I realized that Russians, in their long history, had never lived better.  Coming back home, the whole experience made me to re-evaluate my entire relationship with US and western media.

It was also very entertaining to see how the US press was trying to explain the recent Russian election results.  The election was observed by international organizations and they had to admit that there were no major violations. The ruling party won a large majority in the parliament.  The liberal pro-western party lost seats. The press presented different theories justifying the results, including that not many people participated, that people in provinces were not well informed, et cetera.  But no one offered the simple explanation that Russians were overall OK with the way Putin and his party manage the country.  This simple reason explains the low participation rates and the good results for the ruling party.  Apathy to political discourse is often a sign that things are running smoothly.

So what about mental pictures?  How to create a realistic picture of the world?  I still don't know, but I have learned a few useful skills.   Always check your facts, look for context and trends, travel to see places on your own and read the press not as a source of realistic images, but as something that is presented to you through multiple filters and influenced by politics, money, ideology and personnel agenda (yes even in a free press).   All our mental images should be a work in progress not complete works of art.

Posted by Stellochka at 12:38 AM No comments: