Plea to few readers I have: I've changed the previous entry, because Patrick convinced me that I'm going too fast. Please do not abandon me
Posted by Stellochka at 2:39 PM 3 comments:

Email ThisBlogThis!Share to TwitterShare to FacebookShare to Pinterest
Labels: Werner brothers
The USB drive has complete results of several years of work of his and Harry and the gift to humanity which could change the course of history. Harry disappeared two days ago and Frank received USB by mail today. He realized what was there without even putting it in computer.
Harry first started to develop the product while working as an engineer in AH Electric a large energy company owned by his older brother Allan and in a small part by him. AH Electric specialization was developing and producing electric generators and Harry was a head of R&D unit for the last 15 years. The company was making money and their products sold around the world. Allan didn’t care what Harry is working on as long as Harry stayed out of the marketing, finances, PR and all other aspects of running the company. At this point Allan thought that Harry already did everything that Allan could possibly use. Harry developed all best selling AH generators.
Harry was a blissful man. He was happy to go home and elated to go to work. He had a lovely family, teacher wife and two kids in high and middle school. His house in Philly suburbs looked so picturesque that could be a model for Kinkaid painting. He loved his work and happily delegated all management responsibilities to Allan. His R&D unit with several really gifted engineers was the workplace which any talented person can dream about.
Posted by Stellochka at 12:18 AM No comments:

Back to Werners brothers.
Fast forward to March of 2010. Brooklyn NY. After midnight. A group of homeless are sitting around fire under Brooklyn Bridge. Some are smoking a joint, other drinking cheap beer, eating leftovers, which they got hanging around restaurants at closing time. Frank a man in his mid fifty, but looking somewhat older because of bad teeth and graying untidy hear and beard. He appears rather uncertain, but very much belongs to the company, some people know him by name. A cigarette lighter he holding in his hand at close look turns out to be USB drive.
Posted by Stellochka at 1:38 AM 1 comment: 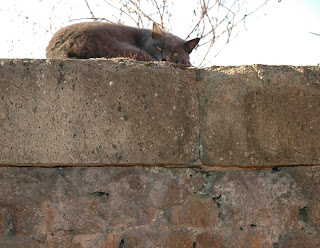 Email ThisBlogThis!Share to TwitterShare to FacebookShare to Pinterest
And now back to Werner’s brothers….

Allan was born before WWII. He was polite and quiet young boy. Good but not a great student. His leadership qualities became more apparent in high school. By the time he was an engineering student in University of Pennsylvania everybody knew that the young man headed for great corporate career. He was a good engineer, but more importantly understood how to work with people, how to turn any situation to his advantage. Early in his youth he learned to calculate every move several steps ahead. As a result he graduated as a president of his class and his connections from college were bearing fruits throughout his career. He was the pride of the family. Father who never had a chance at higher education was thrilled and openly bragged to his neighbors about Allan.

Herman spent most of his teen years assembling crystal radios and playing with an Erector set. He was just three years younger then Allan and looked up to him, but at the same time he could never figure out how his somewhat mediocre older brother (at least compare with him) was going thru life with such ease and was loved by people without giving much back to anybody. He followed his steps to engineering department in University of Pennsylvania.

Frank was much younger and a very different boy…
Posted by Stellochka at 12:54 AM No comments:

My favorite NYT blog: http://kalman.blogs.nytimes.com/2009/04/23/may-it-please-the-court/?emThis entry is about Washington DC my home town..., so even closer and lovelier
Maira is the best!
Posted by Stellochka at 2:01 PM No comments:

Fall 2005, Bologna Italy. Patrick and I are drinking in a sidewalk café.
Just like this one: 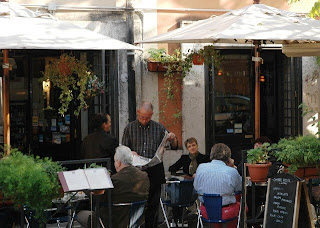 Life is beautiful and crazy ideas come naturally. So after couple glasses of wine (may be more, but who is counting) we come up with idea for a novel: parody on Ayn Rand where her adoration for free market capitalism instead of saving the world brings it down. I wonder why this idea comes back to us now....

A little bit of Dostoevsky comes into play along with Phillip Roth.
So we set it up in United States a bit after WWII. America is a country of hope.
Werners are well to do German-American family living in Pennsylvania suburbs. Three boys: Adolf, Herman and Fritz. The father runs a gas station. He is hard working, self-conscious about German roots after WWII. He decided to change boys name to good American: Allan, Harry and Frank.
will continue....
Posted by Stellochka at 5:42 PM 1 comment:

Email ThisBlogThis!Share to TwitterShare to FacebookShare to Pinterest
Labels: great american novel, Werner brothers
If you have some daily anguish from some cause that’s not really your fault — a rotten family, bad health, nowhere looks, serious money problems, nobody to help you, minority background, rejoice! These things are your fuel!
Posted by Stellochka at 4:34 PM 1 comment:

Email ThisBlogThis!Share to TwitterShare to FacebookShare to Pinterest
Labels: adopted from Helen Gurley Brown
I think this should be called free market democracy. Votes are for sale and the price will be set by free market competition. Fair and simple: http://www.nytimes.com/2009/04/23/world/middleeast/23lebanon.html?pagewanted=1&_r=1&ref=global-home
Posted by Stellochka at 3:57 PM 1 comment: 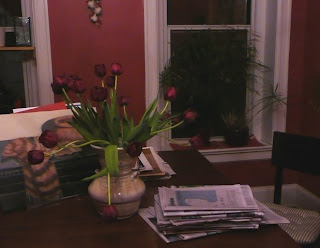 Tulips - Spring at home
Posted by Stellochka at 2:20 PM No comments:

Email ThisBlogThis!Share to TwitterShare to FacebookShare to Pinterest
I created a blog, because I cannot sleep at night. This gives me something to do at 2 AM, when it is too late to setup my oils and start painting
Posted by Stellochka at 1:51 AM 1 comment: