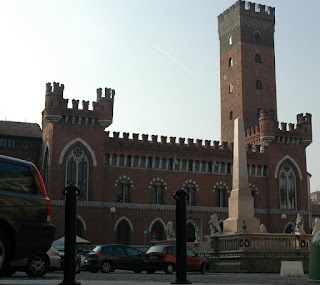 When we asked our charming hotel receptionist what is the best way to get to Asti she was very reluctant to explain and had a lot of objections for us to go there. Many times she mentioned that there is nothing to see and it is impossible to get there. It turns out that she is originally from Alba another medieval town outside if Turin and these two towns traditionally were at war. To this day they are rivals. The old conflicts are still alive.

Anyway we got to Asti by train which departed from gorgeous old train station – Porta Nova. 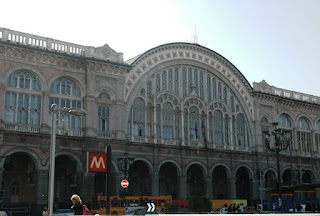 There we found a city of many medieval towers and beautifully appointed piazza adorned with parking lots. I’ve have never seen outside of USA the town of this size with that many parking lots. 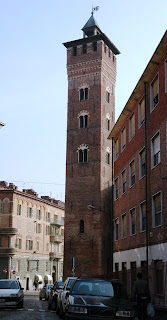 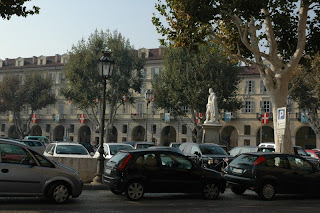 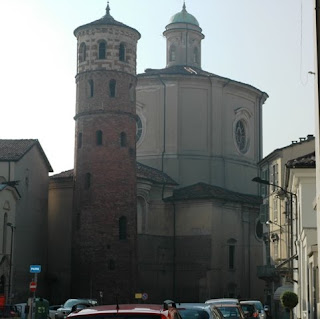 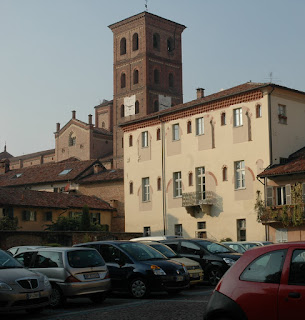 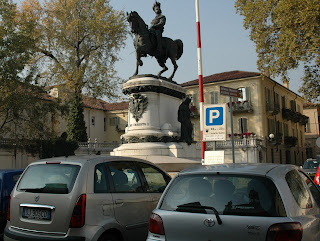 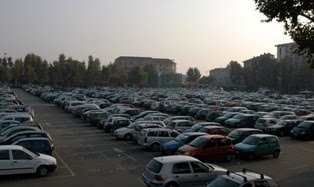 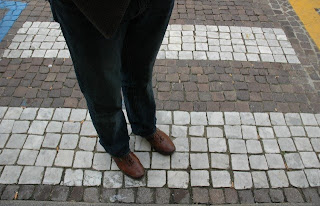 Preparation for Halloween was in full speed: 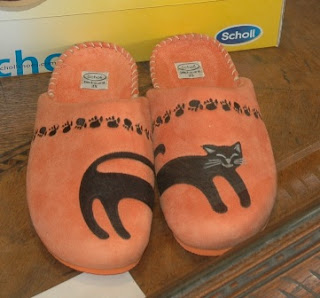 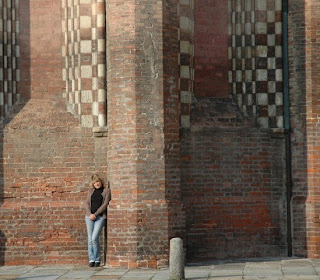 Modern glass building was surprising in the middle of this block: 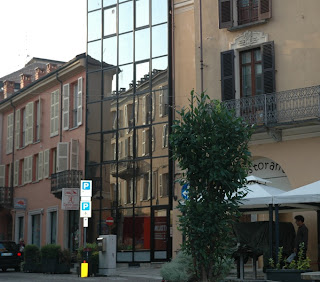 But street lights were pure delight: 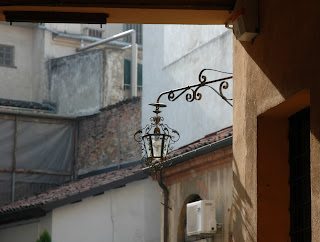 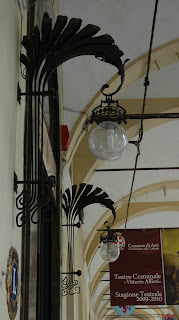 The lunch in the fancy gourmet restaurant was out of this world. Patrick had black risotto with squid ink and it was delectable. My simple plate of pasta with tomato sauce was close to platonic idea of this simple dish. After lunch we decided to find murals on the old city wall. We read about them in our tourist guide. The long walk along the city wall resulted in finding of this mural: 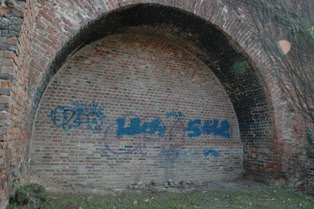 I’m not sure about the age and authenticity of it.

Almost forget to mention the art of signage in Asti. Here are couple fine examples of the genre: 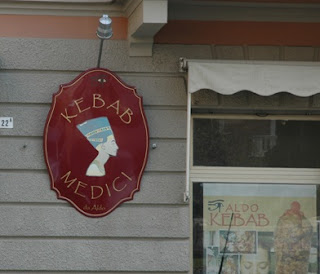 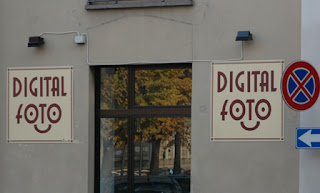 We of course never reveal to our hotel receptionist that we went to Asti :)

Will continue…
Posted by Stellochka at 10:43 PM