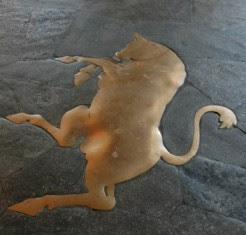 Turin is described as a modern city in Italy dominated by FIAT. Italian Detroit. It’s not exactly Detroit and looks a lot like Paris. 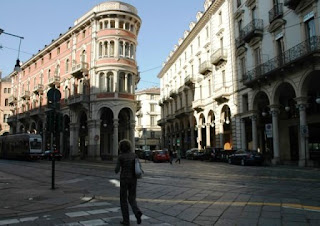 Most of the city was destroyed many times over during multiple wars. Almost no Roman ruins, no medieval streets or renaissance structures left. Here is the only fragment of the original city wall which is still standing featuring me and the roman guy. 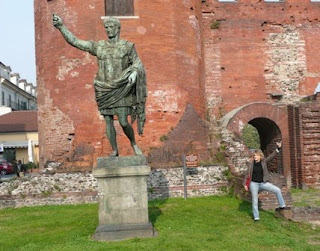 The last time the city was rebuilt is about mid-late 19th century. This is of course so new for Italy but it brings us right in the middle of art nouveau explosion (the style called Liberty in Turin). The typical café interior will include fabulous mirrors, lights and of course the atmosphere which is difficult to describe but so obvious to experience. 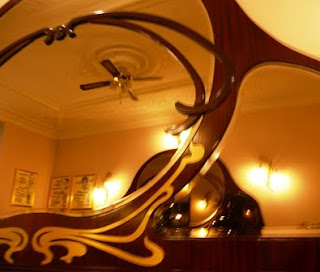 The most famous Turin highlight and the symbol of the city is Mole Antonelliana. 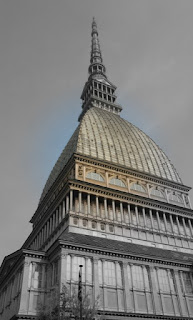 The building has an eclectic architecture and was started as synagogue but the project run out of money and abandoned. A few years ago we saw the lovely small Italian film After Midnight http://www.imdb.com/title/tt0402141/. In this strange love story the magical building of Mole Antonelliana is one of the main characters.

These days the building houses the National Cinema museum. 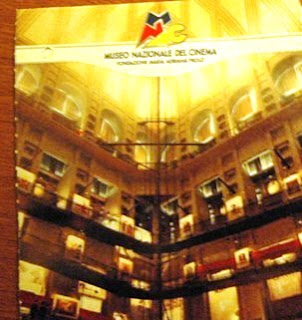 The museum features the history of the cinema and begins from the story of visual illusions. Various effects played with mirrors and camera obscure which you can try yourself makes the place a delight. And of course the elevator ride to the top and view on the city is breathtaking.